Beer On The Big Island 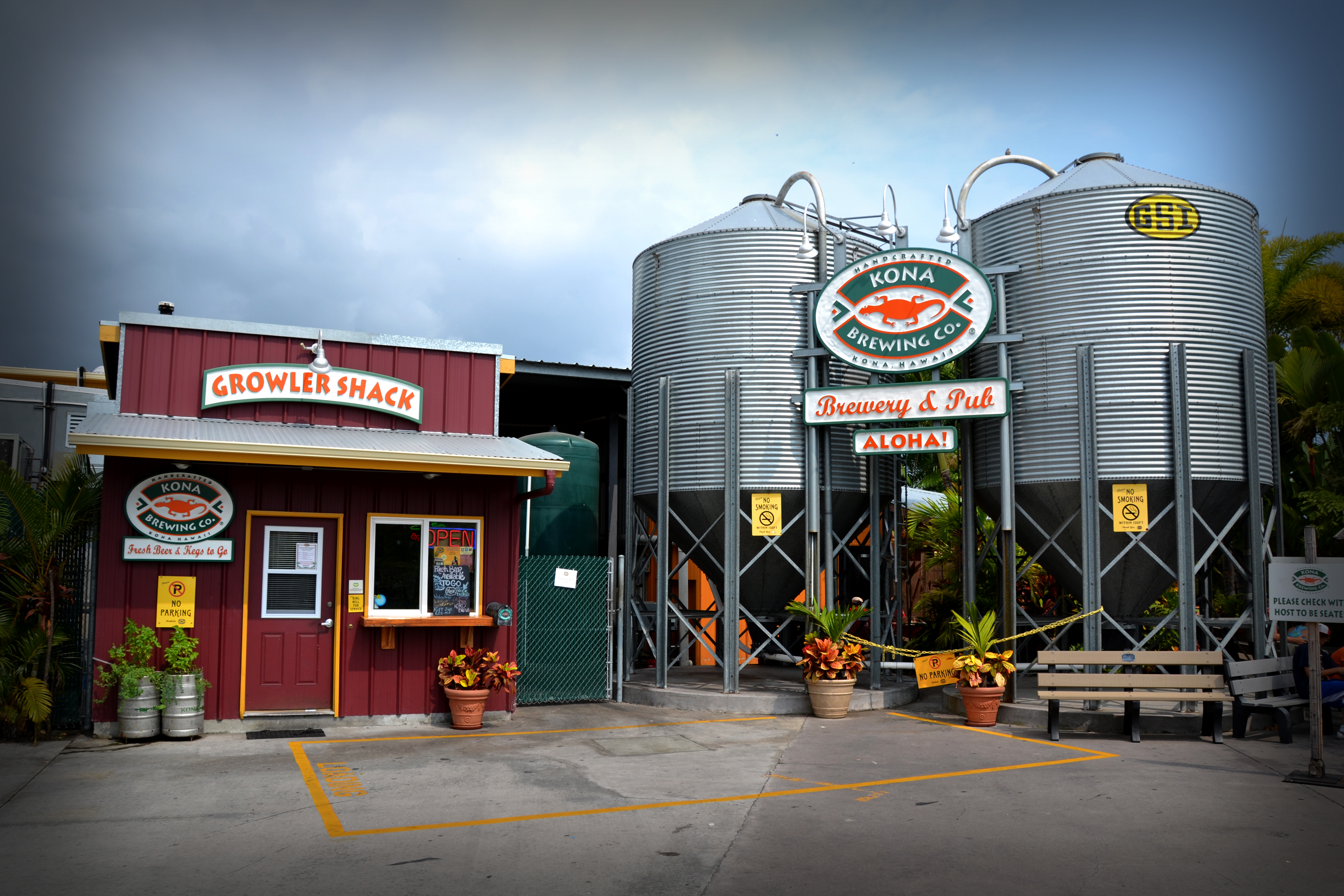 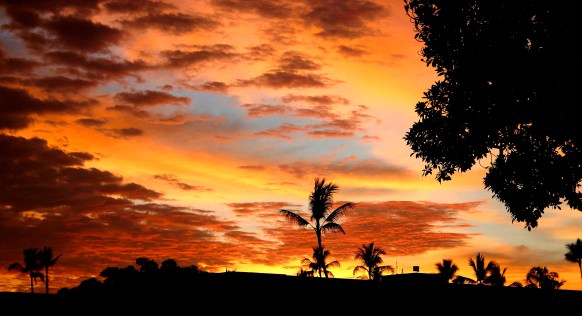 One thing I love about travelling overseas is the exposure you get to new cultures, new places and new beers! In June 2012, we packed the family up for a Winter escape to Hawaii and while we were there I was lucky enough to spend a few hours sharing beers and stories with the boys at the Kona Brewing Company.

If you haven’t been to Hawaii, put it on your Bucketlist…the place is amazing and has a bit of something for everyone. We surfed, swam with turtles and manta rays, visited an active volcano, rode waterslides, snorkelled, immersed ourselves in their history and ate until we could eat no more. I would say that Hawaii is one of the easiest places for a family vacation, it has a bit of something for everyone and it’s all packed into a small area so it’s easy to get around to everything.

But this is not a Hawaiian Tourism blog, it’s a beer blog…so onto the important stuff. 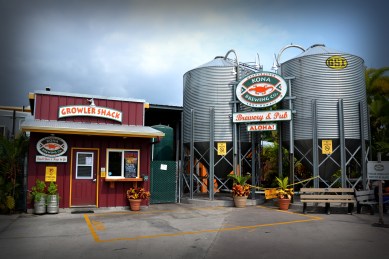 On the Big Island there is a place called Kailua-Kona, where they grow fantastic coffee and brew amazing beers. In a fairly non-descript industrial part of town stands a beer oasis that is the Kona Brewing Company (KBC). Being a beer lover on holiday it seemed like a great place for me to spend a few hours soaking in the sun and sample a few Maika‘i beers…yeah I learned a few Hawaiian words while I was there!

I had made contact with the guys at the brewery before I left Australia, Anthony Bledsoe (Brewery Ops Manager) and Paul Bergeman (Brewing Manager), because I wanted to bring some craft beers with me from Australia to share with them. I managed to get both of my metre-long mail tubes through the various airports on our way, but lost one to an over zealous baggage control clerk on the flight from Oahu to the Big Island…spewing! So armed with a few brews from home, I met up with an enthusiastic and engaging Jessie Taylor at the front gate and the day began. Jessie took me upstairs to meet the team for a chat about all things craft beer and hand over the samples for them to try with their team later, then it was time to go on a tour of the brewery. 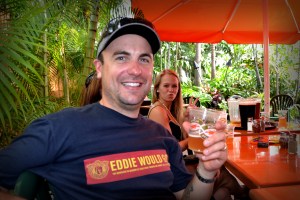 I wont go into the brewery tour, if you have seen one brewery you have seem them all…it’s the stuff after you get out of the stainless steel stacked shed that really interests me…the taste tests! KBC is pretty small, part of its charm, so we got through the tour pretty quickly and got onto tasting the Liquid Aloha from the 15 or so taps they had there. We all took a seat at the big table and got down to it…oh, and I got photo bombed by some young blonde chick in the process! 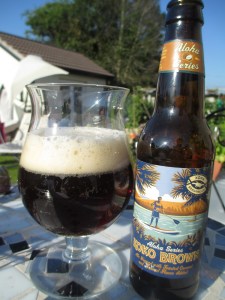 KBC produce some fantastic beers, especially their brew pub only releases. Some of the highlights included the Pipeline Porter that used locally grown coffee beans, in fact I am sure I remember Jessie saying something about how they worked with local farmers to source a lot of their produce for the brew pub to give back to the community…I love that idea!
This was also the first time that I tried the Koko Brown Ale…a brew that I later shared with my mate who owns Batch Brewing Company at the Waikiki Hard Rock Cafe. Yeah, I know, not exactly a craft beer friendly bar but it was fresh and tasted great. He promised me then that when his brewery got up and running he would brew his own version of it. True to his word, he has now produced two batches of it…and its f##king great!!!

I love a brewpub as much as the next beer nerd, but there was something special about this one. Was it that the beer that was being brewed “out the back” that was freshly flowing through the taps in the front bar? They were awesome beers, but it wasn’t that. Was it the knowledge that was being dropped about how the beers were lovingly crafted with the best ingredients available? Nah, but people were hanging on every word. Maybe it was the fact that we were drinking beers in 30 dergee heat, sun blazing down, in the middle of paradise? Nope not even that.

You know what it was? It was the stories…yeah, the stories that Jessie told us about the people who made the beers, how they were named and what KBC did to give back to the community. There were also stories that the dozen or so of us around the table shared about our lives and adventures, with and without beer….but a lot with beer involved, and a cruise ship! Oh yeah, a cruise ship…there were a whole bunch of people who were together on some kind of Chevy Chase inspired extended family cruise that sounded pretty loose! 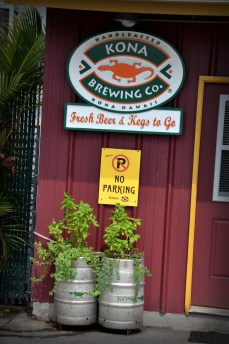 That’s a really long way of me saying that stories make the beer world go round, and that’s what I love about it the most. And I don’t mean the 2am, up to your eyeballs in booze, “I love you man” stories, but rather the stories about the visionary brewers, the risk takers, the try-before-you-die brews and the characters that make this industry so colourful. Hopefully that’s what I am going to be able to bring to you on this blog…well that’s my aim, anyway. I am only two stories in, so work with me on this one!

As I left the brewery, the guys offered me a growler to take home for some fresh beer to drink on the Lanai (I’m so fluent in Hawaiian) back at the hotel as the sun went down. I chose the Lava Man Red Ale, a malty ale with a great red colour and caramel notes that I chilled down in the bathroom basin because there was no fridge in the room? I loved the beer so much that when I set up my home brewery (a story for another day) one of the first beers that I brewed was my tribute to it, with a little Southern hemisphere ingredient twist. It was nothing like the beer I sipped on that night, but hey, I had a crack!

Anyway, that’s a quick run down for you on my trip to KBC, I had a blast! When you head off on your next trip I encourage you to seek out the local breweries and sneak a peek at their operation, and maybe even try some of their brews. You never know who you might meet, who you may share a story with, or who may photo bomb your pics! Oh and if you love craft beer, you have to taste it fresh, as near to the source as you can get because, FRESH IS BEST. With this in mind, when I was in Hawaii I also took the opportunity to seek out a few taps of one of my favourite craft beers…Sierra Nevada Pale Ale…and it was worth it!! Maybe I should list some of my favourites in a future post? It might be a long list though, because as my Dad always says…there are never truly bad beers, just some are better than others! 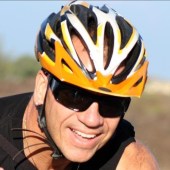 I mentioned earlier, the absolute legend that I met at the front gate, Jessie Taylor. Every brewery should have a Jessie (Little Creatures in Freo has an Iain who comes close), that one person who is so passionate about their role in the company that it just rubs off on everyone that meets them. Sadly, Jessie died not long after my visit to the brewery, Anthony informed me via email when I wrote to thank them for their time.

Kona is the location for the Hawaiian Ironman event and the highway that runs along the coast line is frequented by cyclists training for the event. Jessie was riding his bike on this highway when he was struck by a car, tragically ending his life. Jessie obviously had a huge effect on the Kona Brewing Company team, Anthony indicated that in his email, but he also had touched the lives of all that visited the site. When I was writing this, I came across this article, which further proves how much he meant to everyone. 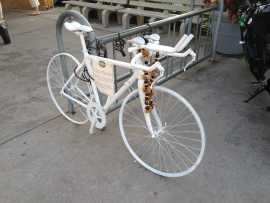 This ghost bike now resides at the brewery in memory of Jessie, which is a nice way to remember him. I will forever remember my day at the brewery where we laughed along with him as we shared a few great tasting beers and some stories with new friends.

And my final, final thought is that I think we will have to go back to Hawaii one more time…because KBC have now released their Makana Series of beers, inspired by the islands and made with island-only ingredients, only to be served on the island. Sounds like a great excuse to head back over there to try these new beers!

Just doin’ my part, healing the world one beer at a time!