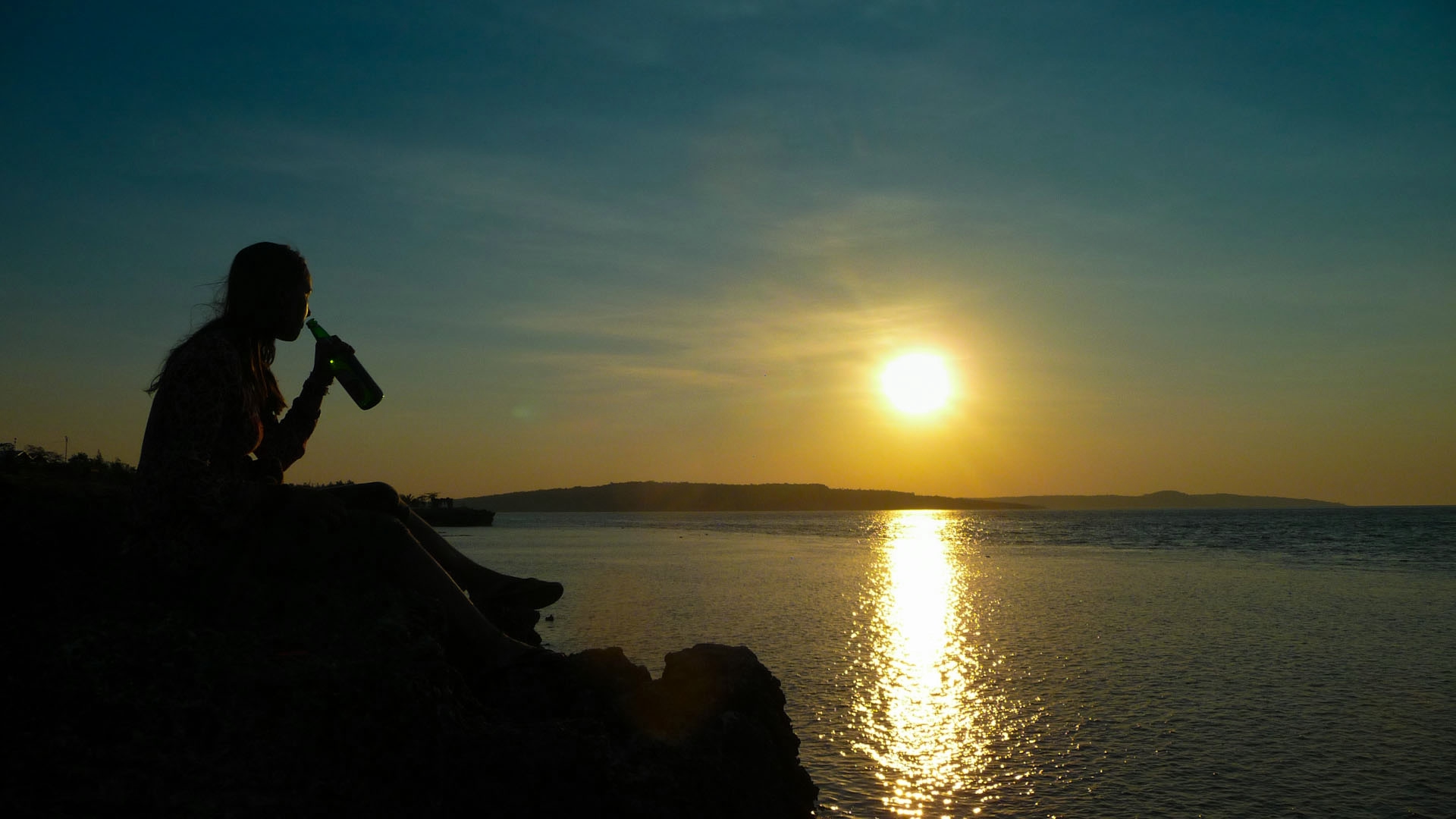 It’s probably the dodgy weather we have been having in the lead up to what is supposed to be Summer around the corner, but I am definitely hanging out for some time in the sun…and maybe a few beers in that sun!!

My wife and I are massive fans of travelling, and in our 15+ years together we have done our fair share, having an absolute blast in doing so. Family holidays are awesome, but what if you could take a “Beer Holiday”?

How about I go first? Okay then, here we go…I wanna go to…

Now it’s no coincidence that I have chosen California as my destination of choice…I was kind of prompted due to the fact the new documentary, “Craft: The California Beer Documentary”, has been released recently. I am really looking forward to seeing this documentary, as the trailer features some very influential people in the industry…maybe I will post a review at some stage. In the meantime, the trailer got me thinking that I would really like to go and visit some of the people and places that will be featured in the movie.

I have been to California a couple of times, but not as a beer tourist…so I did a bit of googling to find out about beer tourism in the region. Well okay, I just visited California Craft Beer for my info…but then I found this awesome infographic on it…who doesn’t love a cool infographic!

What this graphic doesn’t tell you is that 1 in every 5 US craft beers sold are from California, and they also have over 3,000 bars in which to consume all of this craft beer! They are insane numbers, but they also make me think that Cali as a beer holiday destination would be epic! Have I convinced you that this would be a great Beer Holiday destination yet? Not yet? Well keep reading. Are you aware that some of the coolest craft breweries are situated on the Left Coast, check out the pic and you will see some of my favourites like Deschutes, Stone, Ballast, and of course, the holy grail, Sierra Nevada! Okay, yeah, so this map is kinda Cali AND Oregon, but this is my holiday and if I want to maximise my enjoyment by taking in another state, well god-dammit, I will!

The hardest part of the trip is deciding which breweries to visit, I can’t do them all and there are a number of different regions to consider. So, I have done the hard work for you (you are welcome) and will break down my Top 5 beer regions in California.

If there was a place in the USA that I would want to live, it is San Diego. We visited there a few years back as a family and it was just so easy. A great vibe around the place, plenty of people, feels safe and friendly (it’s a Navy town) and very chilled out. Brewery Highlights: Stone, Karl Strauss,  Green Flash and Ballast Point all reside in this area, so there is something for every craft beer lover. Stone Brewing featured in one of the episode of Brew Dogs (again!) and I would be really keen to meet Greg Koch and Steve Wagner, as they seem like really cool guys, with a great vision for craft beer. Stone beers have only been available in Australia for a couple of months (well, legitimately, there may have been some others sneak in) and I have been buying up whatever I can find, they are sensational!

Region Highlights: Of course, San Diego has the San Diego Zoo and Sea World, as well as some more historical features like the Gaslamp Quarter (pictured) and Balboa Park. So much to see and do!

So I am cheating here and will include the North Coast and its Northern border brewing mates into one super duper, beer lovers, dream destination. I have never beer this far up the coast line, but I do have dreams of packing the family into an SUV and driving North from San Fran, through Oregon and up to Seattle…a huge drive, but some stunning scenery (and breweries).

Brewery Highlights: A must see on this leg of the journey is North Coast Brewing because of their Old Rasputin Russian Imperial Stout, as well as the Ukiah Brewing Co., which is America’s original organic brew pub, so that will also be worth a look. Slightly over the border in Oregon, but close enough to be included here, are Rogue and Deschutes…a couple of my favourite US breweries that have been on Australian craft beer bottleshop shelves for a number of years now.

Region Highlights: Other than the stunning scenery up this way on the Mendocino Coast, and perhaps some wineries to switch things up a bit, I would say that I would be keen to see the Six Rivers National Forest!

Ever seen that movie with Paul Giamatti and Thomas Haden Church (Ned & Stacy) about their middle aged trip through wine country, it was called “Sideways”? Well my memories of the film had them travelling through the Napa Valley, which turned out to be Santa Barbara, but it did remind me of a great quote that Paul Giamattoi’s character said in the movie…”No, if anyone orders Merlot, I’m leaving. I am NOT drinking any fucking Merlot!” Okay, so maybe you had to be there, but rent the movie, its cool!

Brewery Highlights: Some great ones here, including Lagunitas with their very cool (and tasty) Little Sumpin’ Sumpin’ Ale and Russian River Brewing,  legends of the industry and favourite of my mate Dave for their “Pliny The Elder” Double IPA. It would be remiss of me to not include Bear Republic, who also featured in a Brew Dogs episode…seriously, check out that series!

Region Highlights: This  is wine country, so when in Rome…

I have included this region because I have great memories of driving through this region with my wifey on a road trip down the coast from San Francisco in the early 2000’s. It was in the days before we had kids, so we got to have a conversation without being interrupted, had full control of the stereo, didn’t have to stop for extra toilet breaks and did whatever the hell we wanted! We stayed a night in a great little town called San Luis Obispo, part of “SLO” County that now over indexes in craft breweries per capita, with over 15 breweries in the county and more to come!

Brewery Highlights: The original brewery in this region is Firestone Walker, brewers of the classic California Pale Ale. After these guys, I know no-one, so this part of the journey is all about education and trying new things! From what I have heard, and read online, there are some great micro breweries in this area. I can hear the calling my name right now, like a Siren in the sea, singing to a sailor…”Beer Healer, Beer Healer…we love you, come visit us”!

Region Highlights: Other than SLO town its self, I would say that the highlights in this region are Monterey, the picturesque seaside town (shown here), and Carmel, the very cool and quiet beach town that once claimed Clint Eastwood as its Mayor…and for golf lovers, there is Pebble Beach Golf Course! Other than than that, the actual drive down the coast is something spectacular in itself…the Bixby Bridge (pictured above) on the way into Big Sur is just awesome.

I have one reason only as to why I am including this region in my Top 5…Sierra Nevada. After falling in beer-love with their Pale Ale many years ago and constantly admiring their standing in the craft community since, as well as reading Ken’s book, and then falling in love with their Pale Ale all over again once they hit my local bottle-o in Big Boy Cans…I just want to visit Beer Mecca.

Brewery Highlights: There are other breweries near Sierra Nevada, but I would just like to spend my time at SN…is that okay?

Region Highlights: Northeast California sounds like it is an outdoor adventure playground for adults…fishing, hunting, rafting, snow mobiling, golfing and horseback riding are all on offer…and there is the  Sierra Nevada brewery, did I mention that?

I mentioned above that there are also A LOT of bars in California, but I am running out of words to talk about them…so let’s just say that we will visit plenty of them on this dream tour! Knowing that some of you would like to get some more information on some great bars in Cali, I have decided to outsource the task of reporting on them to my new friend (never met), Daisy Barringer, who has done a stellar job of reporting on the Top 22 Bars in California…go check it out.

So there you have it, our ultimate Beer Tour through California. But I just keep on giving here at Beer Healer, not only have I given you a bit of an idea of cool places to visit, but I have also spent hours on creating an Itinerary for you. Okay, so thats not quite true…I just used this great website to pull it all together!

One last thing…we are going to go next September…I know that is a long time away, but if we go then we can also include a few days at this Epic beer festival! This looks like a lot of fun!

Until we meet on the road in California,

[…] joke, but I did write about my desire to take a beer holiday in a previous post, California Dreamin’, my plans to visit a bunch of breweries on a road trip through California…Bear republic made […]

Why Is Drinking Beer At The Brewery So Cool?

Follow Up On My Craft-Jacked Family Holiday In Vietnam