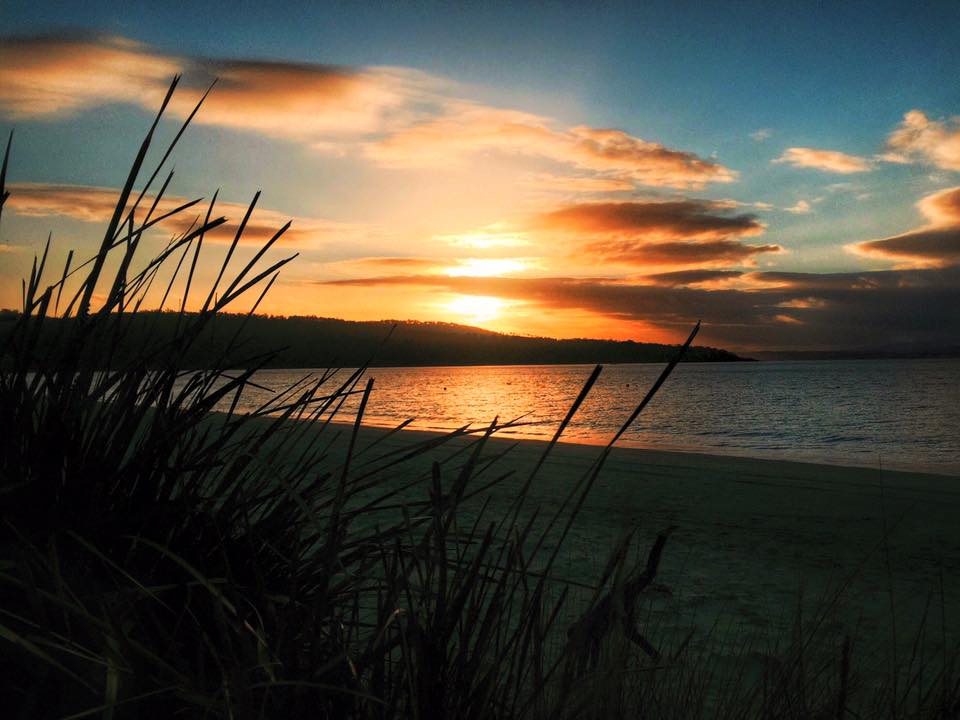 Does Beer Ever Take You Away From Your Everyday? 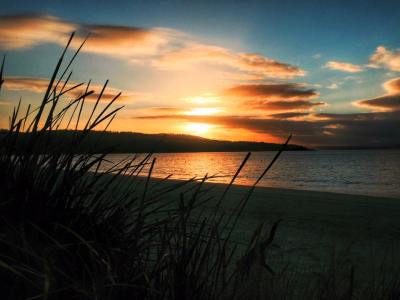 Check out this view from my shack…it’s pretty magic, isn’t it? To take this photo, I had to put down my favourite shack beer…the Founders All Day IPA. Every time I have this beer, it takes me back to this spot on my balcony…the salty air, the warm sun on my face, sand between my toes (and probably my butt from sitting on the beach) and just generally feeling very relaxed.

Sitting here with plenty of time on my hands, it got me thinking about two things…one, what other beers remind me of places, occasions or people, and what are some of the things that beer advertisers do to try and make us associate their beers with the good times.

First up, the advertising angle…

Every advertiser wants to you have their beer at top of mind at the POP (Point Of Purchase), as this is the time when you decide to buy Beer A over Beer B. They will do everything they can at the POP, like build big stacks of beer, offer you freebies, or drop the price…it’s easy to change your mind, but the strong ones among us will stick to our guns and buy with our heart.

Yeah okay Bud Light, we get it!

Beer drinkers typically only have a few beers in their drinking repertoire, craft beer lovers may have a few more, but we are simple beasts and can’t hold too much information on beer as it will block out all of the other important stuff stored up there like your kids names, the words to American Pie, your wifes birthday and your millions of passwords on the internet. It’s not always good stuff stored up there though, remember that time you saw Nanna step out of the shower and there was bits of stuff dangling everywhere…you just can’t get that out of your head, can you!

Let’s take a close look at a brand that does this EXTREMELY well…Corona Extra. Yeah I know, this is far from a craft beer, but I guarantee you that just about every craft brewer would kill for the brand recognition that this beer has…and probably their sales too! It goes to show that you don’t have to have the best product on the market to sell lots of it.

Corona has different brand messages around the world, in the USA they go with Find Your Beach,

and the new one, Dear Summer. 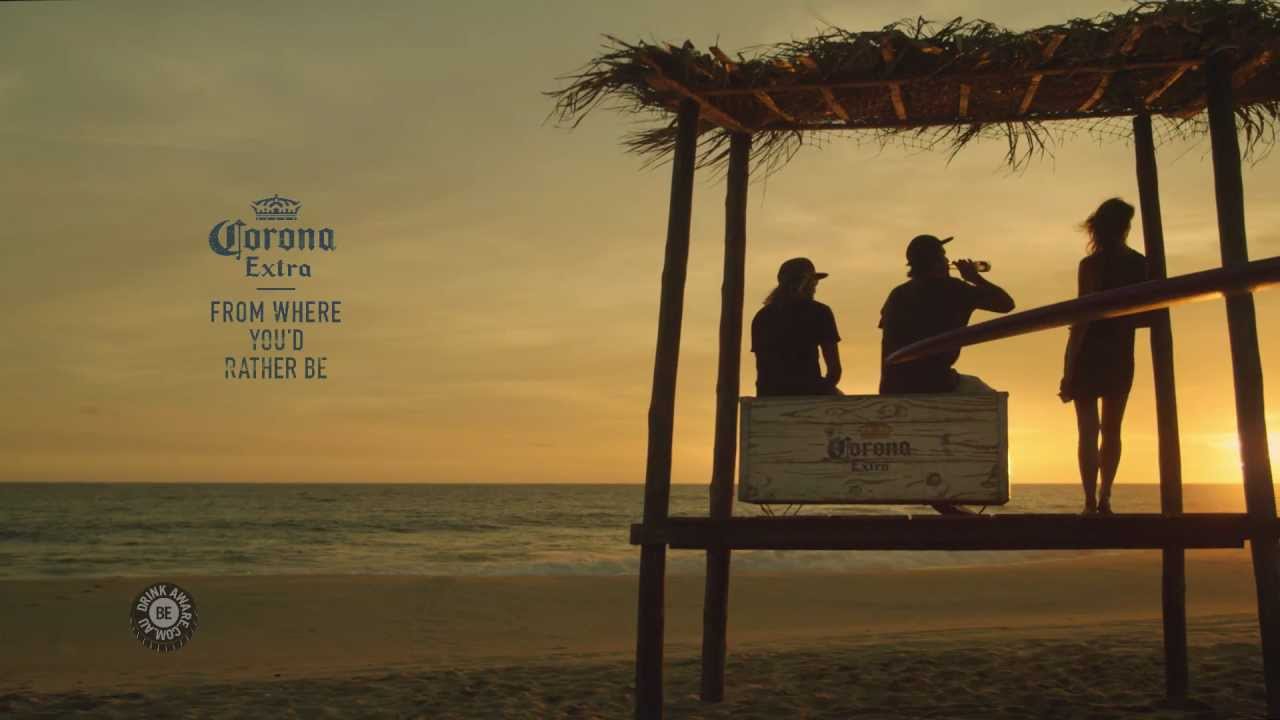 Whatever the tagline, it’s all based around living the Corona lifestyle of relaxation, fun, sun and good times. You could actually argue that Corona isn’t selling a beer at all in their campaigns, but selling the lifestyle, much like Coke has done for years in their advertising.

People see all this cool imagery and it strikes a chord with them, and leads them to go out and buy average beer because when they drink it they get those images in their heads and think they are really part of it. You know it works, Corona is the leading imported beer brand in USA and Australia.

I guess it’s easy to come up with these types of campaigns when you have the marketing budget that Corona has…craft beer brewers could only dream of spending the types of dollars shelled out for campaigns like FWYRB. But it’s more than spending dollars on nice television advertisements. Having worked on the brand in Australia, I know how carefully they plan everything out, how strict they are on their serving ritual with the lime and how they protect the bottle image and associated brand elements. If you work for Corona, it’s like there is nothing else in your life, you look at the world through a Corona lens and it dictates everything.

I remember when the Corona brand partners used to come to town, you would drop all mention of any other beers you worked on and only talk Corona when they were in the room! If you were out drinking with them, it was Corona and Lime and nothing else, and after drinking 10 of them you cannot taste anything else for the rest of the night…it’s like the lime burns off your taste buds!

I wonder what would happen if you took a local craft beer and applied the Corona brand message and the strict brand adherence. In Australia, I would use Stone & Wood Pacific Ale, as when I think of that beer I think about sun (Byron Bay, hello!), fun, relaxing and having a session on the beer. Pacific Ale is ten times the beer that Corona is, and doing something like this would It go against everything they stand for as a company, but imagine if we could convert all those bland lager drinkers over to something with a bit more taste, how sweet it would be! 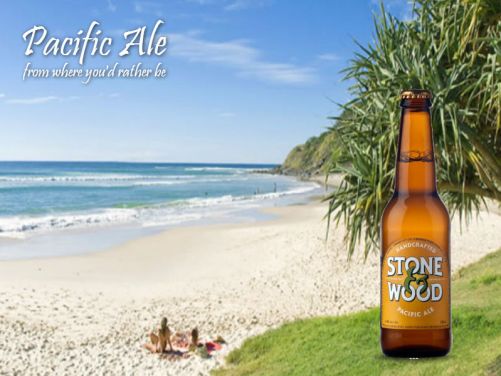 Hope I don’t get sued for plagiarism!!! Tipping the Stone & Wood guys would rather bathe in Carlton Draught and poke their own eyes out than take this route!

So that’s a real world example of where you can take a feeling that a product gives you when you are interacting with it and then run with it in to advertising to share the feeling and build an entire brand about it. This got me thinking about other beers that I have drunk in the past and the feelings that they give me…

Stop, before you shoot me down for mentioning such a terrible beer in a craft beer blog, let me explain. This beer reminds me of my Dad, because when I was young (legal drinking age of course) this was the beer that I would steal from my Dad’s stash to take to parties. Oh geez, it was horrible and I am proud to say that I have not drunk this poor excuse for a beer since those days, but nonetheless it is a memory for me.

The silver lining to this memory is that my Dad no longer drinks that beer either…since I have been on my craft beer journey, I have been taking him along for the ride and I am proud to say that he now enjoys many of the craft beers that I do…he is a lover of dark beers, drinks my homebrewed Summer Ale and will try any IPA or APA that I put in front of him…well of course he would, he isn’t paying for it! 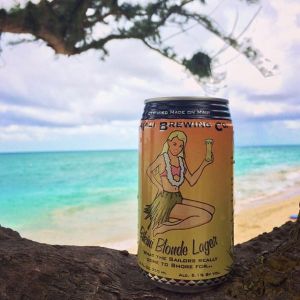 I don’t think I would be alone in saying that this beer reminds me of Hawaii…but mine is for a bit of a different reason. After having spent time at the Kona brewery a few years ago, I was on the lookout for more Hawaiian brewed beers on my way back to the hotel and picked up a six pack of these.

It was an extremely hot day, like so hot that you just want to get nude. The wife and kids were at the pool chilling out when I got back and tt was well and truly beer o’clock. However, the problem I had was that there was no alcohol allowed near the pools. Never one to let a stupid little rule like that get in the way of beer o’clock, I got my Macgyver on and came up with a sneaky little solution… 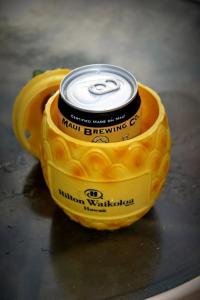 The wifey didn’t miss out either…that’s Sav Blanc in her Ocean Spray bottle! 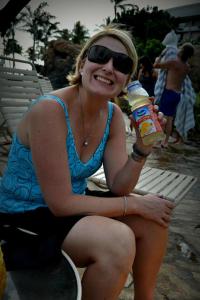 So this beer will forever envoke feelings of fun in the sun, creativity and family time!

I remember flying to NZ for work one time (the same trip I met Richie McCaw BTW) and had downloaded the first of a few of the BrewDog TV series where they went to the USA and brewed quirky beers with a number of big names in the industry. I loved the tv series and just happened to find a couple of Punk IPA’s in a bottle shop during my stay. I had never really heard of the BD guys before this time, didn’t know if their brewing credentials, but this beer blew me away.

On my way home, I had some time to kill in the airport lounge and decided to google some stuff about brewing, homebrewing and how to build your own home brewery from “borrowed” kegs. I opened up my notebook and began to sketch out how my home brewery would look, made a list of things I needed to find/buy and some of the beer styles that I would brew first up…it was the beginning of my interest in home brewing and I have never looked back. It took me 6 months to pull it all together, and I am still learning, but I love it.

When I drink this beer nowdays, I always think about that scrappy sketch I drew in my notepad and the plans that I devised then to build my home brewery and teach myself the art of brewing. 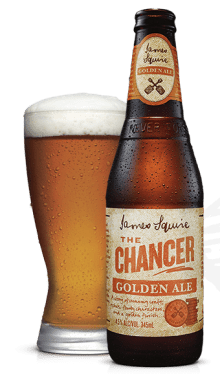 Back when I was working with these guys, right at the very start of my employment with them, I met Chuck Hahn at the Malt Shovel Brewery. I was on some induction trip or something and just happened to get a chance to nick of to the MSB to see what was going on down there. Chuck was at his desk and was very accommodating with me…I was pretty clueless about beer and I think he picked up on that, so he set about to teach me a few quick things.

We cracked a beer, his Golden Ale, which he was very proud of, and rightfully so, because in those days it was still packed with goodness, unlike the current version that seems to be missing a few Amarillo hops! Anyway, he poured this beer for me and talked me through the proper way to taste a beer…I still remember inhaling and getting a big punch of citrus and stone fruit from that beer and every single Golden Ale I drink these days, I always compare if to that first one…it was magic.

I had many sessions with Chuck during my time at the brewery, he taught me a hell of a lot…true brewing royalty!

So there you have it, the beers that invoke memories and feelings for me.

How about you guys, got any specific beers that do it for you? I would love to hear about them, leave a comment or shoot me an email to tell me all about them.

Be sure to check back in Wednesday for my beer review of Victory Brewing’s Storm King, but until then,

My first ever beer was a Melbourne Bitter, back in the late 80s. Just looking at the bottle now brings back the sensation and smell of having just drunk something that tasted to me like horse chaf!

Do We Have Double Standards With Craft Beer Brands?