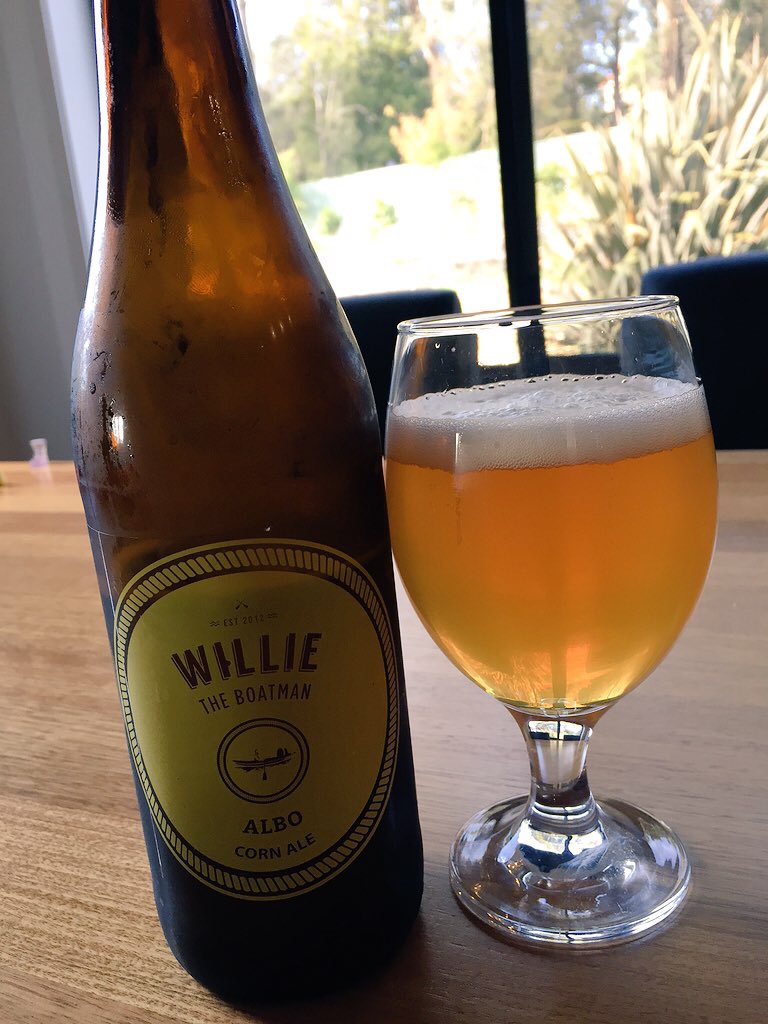 A lot has been happening in the world of the Beer Healer this week…Crafty Pint was kind enough to do a feature on my blog, my article on 8 Beers I Wish I Had Brewed proved to be pretty popular, and I have had a bit of an idea for my video reviews…but you will have wait until next Wednesday to find out.

Suffice to say, with such a busy week, I haven’t had a lot of time to write my beer review this week, so I will keep it pretty brief.

Recently, I received a care package from my beer blogging friend New South Ales (see the pic) that contained a few beers from Batch Brewing Company and Willie The Boatman. I was very appreciative of the gift and thought it was only fair for me to write about at least one of the beers…I chose Willie The Boatman Albo Corn Ale.

So all of the beers from Willie have kinda crazy names, this one is no exception. This one is named Willie the Boatman’s Albo Corn Ale, named after Labor politician Anthony Albanese, and has been pouring for almost a year now. I thought it was kind of a weird thing to do, name it after a non-descript politician, but then I realised that the brewery is in a suburb that forms part of Mr Alabanese’s electorate…nice one guys!

Willie the Boatman is one of a number of Inner West Sydney breweries to open in the past few years, in fact I have realised that if you head from New Town to Marrickville, you could have a ripping “Brewery Crawl” via Wayward Brewing Company, Young Henryss, Willie The Boatman, Grifter Brewing Co, The Rocks, Black Font and Batch Brewing Co. I reckon Daves Brewerys Tours would be all over this one…I would definitely be up for it next time I am in Sydney!

I must admit I wasn’t exactly sure what to expect from a Corn Ale, as I had never tasted one before. My only experience with Corn Ale was when I watched the short lived TV Series from Dogfish Head, Brew Masters (it was a ripping program), where they brewed a “Chicha”, an ancient corn-based beer. In the episode, he actually had his staff chew up the corn and spit it back into buckets to assist with fermentation…it was kinda grosss, but they brewed a nice beer from it. I also had this pre-conceived idea that corn was used as an adjunct in mass-brewed lagers along the lines of Budweiser with it’s rice addition…saves costs apparently? Sam Calagione & his team chewing the corn to make the Chica!

With these pre-conceived ideas in my head, I poured the first glass from my very nice looking long neck. I must admit they disappeared quickly as looked the very nice corn coloured beer in my glass. It had a great looking white head and I felt like it was smiling back at me as I went to smell it. There wasn’t a great deal to speak of on the nose, a little bit of corn, some faint tropical fruit and maybe a slight touch of sweetness, I was expecting a little more. 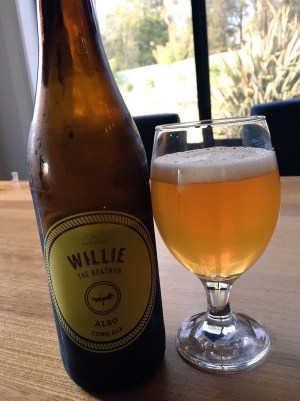 Sitting in the sun on a Sunday afternoon, I enjoyed this brew for what it was, a thirst quencher to enjoy as you relax watching the sun go down. Slight hints of tropical fruit and corn with a modest bitterness, and just easy drinking. Not every beer that I enjoy has to be loaded to the hilt with hops, or packing a big malt backbone, or dark as the ace of spades…sometimes you just want something that will quench your thirst.

This would be a great Lawn mower beer in my opinion, so instead of doing a food match with this one I am going to suggest you get out on a Sunday arvo and mow the lawns. Once you have finished, grab your favourite beer snacks (Salt & Vinegar Samboy’s are mine), take a seat in the sun and pour yourself one of these. For a little while, just sip the beer and enjoy the peace, you’ve earned it. Then, once your kids find you, and start harassing you, tell them to nick off and finish off the long neck in peace and quiet!

That’s it for this week’s beer review…check out next Tuesday for my next story. Yep, that’s right, I am breaking with my usual schedule because Monday is a Public Holiday and it would be Un-Australian for me to be working on that day! Next weeks article is a bit of a conversation starter, might fire a few people up, so look out for it!

BTW, did you see my article about 8 Beers I Wish I Had Brewed?