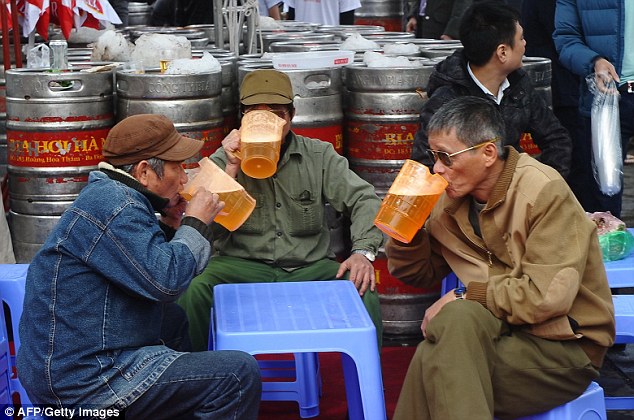 EDIT: Before we start with this weeks story…if you haven’t seen the first of my 60 Second Beer Reviews, check it out here. Sounds like people are liking them, so I will keep going with it!

Back to this weeks story!

So it’s now about 3 weeks out from my family holiday in Vietnam…to say that I am excited is a bit of an understatement. The wifey was obviously a travel consultant in another life, she has gone gang busters booking all the flights and accommodation and has left me to look into the activities that we want to do while we are there…dangerous! Farming land in Hoi An…one of the regions we are travelling through.

Now, if you read my post a few months back, you would have seen that I am pretty keen to take a beer holiday in the USA ,visiting multiple breweries along the way.

What if I “Craft-Jacked” our family holiday? Would I still be married? Would my kids still love me?

What if my wife left me to organise this holiday and it just accidentally turned into a Beer Holiday in Vietnam? Is there enough of a craft beer culture in Vietnam to sustain a two week brewery hopping trip? 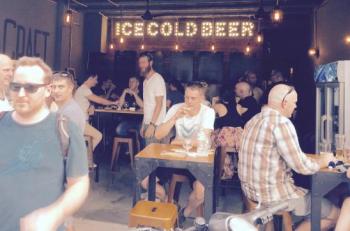 Did you know: Vietnam drinks the most beer in Asia behind China and Japan…and now they have found Craft Beer!

The question of craft beer culture is an interesting one, it seems that there is one starting to develop but it is very much in its infancy. The country is still in love with its old school light coloured sudsy lagers and the usual international imports (Heineken sold 200m litres last year!). But, from what I have heard, change is coming to the region with a number of Ex-Pat Americans bringing their recipes and ideas over to share with the Vietnamese people, and doing it quite well.

I did my research, did some thinking, floated the brewery hopping idea with the family and then came to the realisation that I was the only one interested in it and had to compromise! In the interests of of remaining in my family’s good books, I wont be spending my entire trip looking for craft beer opportunities.

Check out my Top 6 craft beer things I will try and sneak into my family holiday in Vietnam! 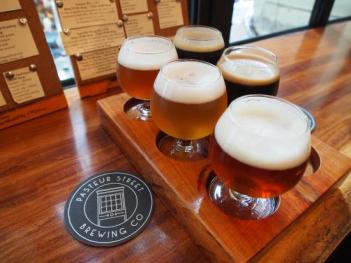 How good do these beers look!

Pasteur St Brewing was recommended to me by a craft beer love on Reddit. Sounds like it has been started up by an ex-pat American and therefore it serves all sorts of US styled craft beers and food. I checked out their menu and found a Jasmine Infused American IPA, that sounds awesome, as does their Nashville Chicken…lunch sorted!

I also did a quick check of the location of my hotel in relation to PSB and found out that my wife could not have picked a better spot! I am 1km from PSB, a nice easy 15 minute stroll right down Pasteur st…sounds easy enough, even with a few pints of Saigon Saison and Jasmine IPA under my belt!

I think it would be wrong of me to leave this place without indulging in their tasting platter as shown here. Pastuer St Brewing, save me a table!

Schedule in some me time at Bia Craft Bia is good at Bia Craft!

So I read this article about how craft beer has exploded in Saigon. Luckily for me, this is one of the cities we have decided to visit on our trip! The new bar that is mentioned in the article, BiaCraft, serves up a whole raft of local brews, but also has a lot of nice bottled brews from the USA.

Now this is going to sound silly, but I am really keen to check out some of their bottled range of beers. Why? Well living in the arse end of the world, like I do, I don’t always get access to beers that many of you might take for granted in your awesome craft beer dedicated bottle shops. When I do stumble across some hard to find beers, they can quite often be very near their best before date and probably taste nothing like they do at the brewery? Vietnam is far easier to get to from the USA than Hobart is, so I figure that these beers will be fresher than what I usually get. I could be wrong, but I am willing to test them out!

Excited to drink #USA #craftbeers in Vietnam? Crazy? No! Limited supply in #Tasmania!

I checked out this list and saw beers from Green Flash, Deschutes, Lost Coast, Firestone and Bach got really excited!

Scratch That: I should have read further down Bia Craft’s webpage, cos I realised that I had clicked on Bottled Beer and there was a whole other page on Draft beer…and there are some gems right there! They have beers on tap ranging form the “Ugly But Vain” Pale Ale to the TeTe Wheat Beer and the Phat Rooster Porter.

Maybe i can try the tap beers while I am there and grab some of the US imports for take aways!

Bia Hoi roughly translates into “fresh beer”, and I am pretty sure it must be drunk within 24 hours due to it containing no preservatives and going off quickly? Not sure how this works, if that’s 24 hours from bottling…it must be, as the yeast wont have done its job inside 24 hours from brewing? If there are no preservatives, does that mean you can drink more without getting hungover?

So this beverage has roots in home brewing in Vietnam and can contain up to 50% rice…what, are they making Budweiser knock offs? It costs somewhere around 22 U.S. Cents per serve and sits around 3-5% ABV. I believe it is some kind of light lager, but I will find that out..it is also often severed over ice? I am not expecting great things from this beer, but it is such an ingrained part of the beer culture in Vietnam that I feel like I have to try it! Apparently the beer is also delivered fresh on the back of motor scooters…I’ll be sure to look out for them!

Is #BiaHoi a rice based #Budweiser knock off? If so, 22c a glass sounds fair!

Of the 40 odd micro breweries in Vietnam, apparently 15+ are in Hanoi. I also believe that Hanoi has some of the best shopping in Vietnam too…do you see where I am heading here? My kids also hate shopping as much as this kid, but it’s a family holiday and everyone has to give and take…right?

I have a wife that loves shopping, I hate shopping. I love beer, she does not. Are you with me? Perhaps we can work out a deal whereby she takes both kids shopping and I explore what the micro breweries have to offer? Seems fair to me!

The trick with these breweries is that they are apparently pretty hard to find. Many of them only brew for their own venue and being that their signage is not easy to find, and written in Vietnamese, which I cant read, I may have my work cut out for me.

But wait…I just found a hobby brew club in Vietnam that has listed all of the breweries for me…thanks guys!

It’s no secret that I am a lover of dark beers, and with St Patricks Day well behind me by the time I travel, I think I will be able to look at another dark beer again!

It seems that a lot of the breweries in Vietnam have been influenced by German and Czech beer styles, so there are plenty of dark beers being produced along those lines. Throw in the american influence that is starting to rise up and you have yourself a nice mix of Porters, Stouts, Dunkels, Bocks and American Browns to choose from.

BONUS: Do some food pairings with local beers

I almost forgot about this! What better way to immerse yourself in the Vietnamese culture than to pair up some locally brewed beers with the amazing locally produced cuisine. 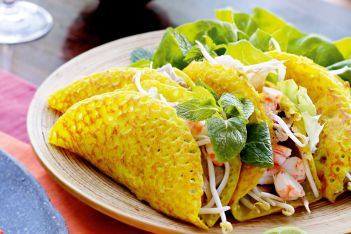 I have no idea how this will go, because I am sure that the westernised version of Vietnamese food that I am used to is very different to the local fare. What I do know is that the types of dishes I do enjoy, BÚN CHẢ, BÁNH XÈO (“boon say-oh”) and GOI, will pair up beautifully with some of the locally produced beers over there.

What do you reckon? Do you think I will be able to sneak these things into my trip, while also ticking the boxes of everything my wife and kids also want to do over in Vietnam? I am going to give it a crack, lets see how I go. While I am in Vietnam I will be sharing my photos etc Twitter and Instagram, so if you want to keep up to date on that, follow me on those social media pipes.

If you didnt catch the launch of my 60 Second Beer Reviews, you can catch the back story here, and the video over on my Youtube Channel. I will be posting a new one this Wednesday, taking a look at the Big Shed Brewing Co. Californicator.

Mate, I craft-jack pretty much everything the family does. We’re going to an Easter egg hunt this weekend, and guess what we’re doing on the way home?!?

I love it!! Happy “Craft-Jacked” Easter!