In my 60 Second Beer Review this week, I mentioned the Murray’s Brewing catch cry of “No Boring Beer”! I bet some of your reading this have wanted to cry this out to a bartender at some stage when you walk into a pub, look at the tap beer lineup, and see nothing but Same-ness as your eyes go from tap to tap. When I am presented with this scenario, I sigh, and order something more interesting in a bottle from the fridge.

Now, I hate having to revert to bottled beer when I am in pub, I am there to get the full experience from my beer and drink it fresh out of a glass! Bottles are great (cans are better) when you need them, but fresh is best, and in a glass is even better!

Unless you work in the industry, you may not realise how tough the competition is for those taps that are staring back at you from across the bar. I say that I don’t want to see Boring Beer staring back at me, and by that I don’t want to see a tap bank dominated by one supplier offering me up the same generic offering from venue to venue, I want variety.

It’s fine for me to say that’s what I want, I don’t have any skin in the game in those businesses I am drinking in. Now, I have a blue sky thinking kinda idea on how to even the playing field for the independents vs big beer, but first, let’s look at the 4 stakeholders in the equation, and what they want from this scenario: 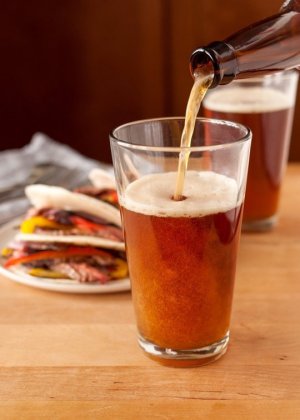 What they do: Most venue owners will play the big guys off against each other to see what kind of deal they can get. The deal usually involves elements such as the % of taps the brewery wants to “own”, how much volume they need to pour per annum, how many cents per litre they will get in rebates and other sweeteners such as tickets to sporting or music events, furniture,

What they want: A volume selling mainstream beer (Generic Draught) that will pay for the system is important, as it may provide up to 75% of the volume for the venue (and multiple tap points). They are also after a beer that might sell a bit less, but provides a good margin, think an International Premium like Heineken, Carlsberg or Peroni.

I really want to say that owners are also interested in providing variety for their customers, but that isn’t always the case…sometime money talks!

What they don’t want: Stress, risk, big debt. New beer systems can be very expensive, 10’s of thousands of dollars, depending on the number of taps you have. When you are running a venue, you are putting it all on the line and sometimes a regular rebate cheque is just easy, one less stress, and helps pay other bills.

What they do: They will either pay upfront to install/upgrade a system in a pub and agree on a rebate of X cents per litre to pay off the debt for the system. Once the system is paid off, it’s cash in the pocket of the owner.

What they want: To dominate the tap bank, or at least receive the most of the volume pouring through the taps.

What they don’t want: To share the taps with the other big beer competitor. 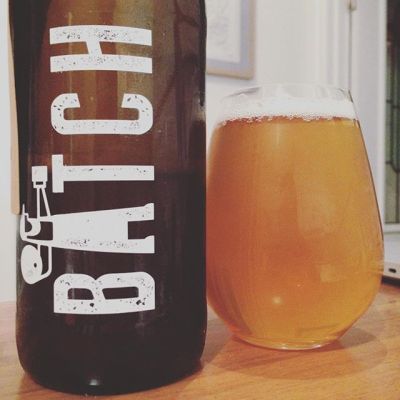 What they do: They work really bloody hard for their slice of the pie, fighting over a small number of taps in a venue. Nowhere near the cash and resources of big beer, the option to pay for taps is not always a realistic one. Relationships are key, the promise of personal service, quality beer and variety also helps.

What they want: Getting consumers to sample their beers is key. The rotating tap is often a great way to sample, little risk for the venue as it is usually single keg purchases, and the brewer won’t usually have to pay for the privilege. However, once the product is established and the venue owner wants to rotate the next new beer through that tap, options are limited. Plush there is hot competition for that rotating tap, all the independents want it.

Some of the larger independents are at the next stage, with more established products, and they are forced to battle it out for permanent tap points, which can mean they have to pay for that privilege. Often these brewers are required to find the up and coming bars that are too cool for mainstream beers, or with owners that don’t need to sell their tap points to prop up their business…it can be a lot of effort, its pretty niche, but it can work.

What they don’t want: Big beer to block them out by purchasing the entire tap bank. 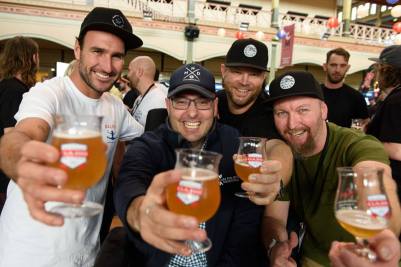 Probably the most important part of this equation, is the consumer. Some are craft beer drinkers who want to know what they are drinking and peruse the taps, or they could be the other end of the spectrum and want “just a beer”.

For mine, I don’t want to be forced to drink boring beer! But let me put it out there to my readers…what do you want? Do you want variety, “just a beer”, only craft beer, or happy with what you currently see on your local tap bank? I am really keen to know your thoughts. I have set up a Twitter Poll over on my page to see what you guys think. Head over to my page and vote for what you want to see.

When I started writing down some rough notes for this article, I was all ready to solve the problems of the independent brewer, but as I wrote more it seemed like a harder and harder proposition. Most of the time in the above scenarios, all of the different stakeholders wants and needs don’t quite match up, and someone misses out. Unfortunately, that is usually the independent brewer who hasn’t got the financial backing to bid against the big boys, or the well-established products that can sell the desired volumes for the owner, or the variety in their portfolio to fill an entire tap bank. So what can the independent brewer do to get a slice of the pie? Sell out to a big brewer, crawl up in the foetal position and cry, just give up, or just keep scrapping for the leftovers?

Or what about this… 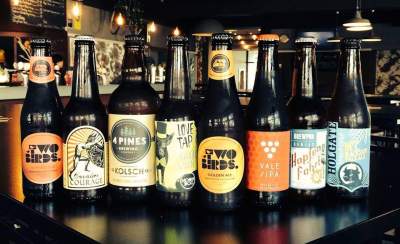 What about creating a Craft Beer Consortium that can, in some small way, take it up to the big guys? I’ve started to give this some thought and in doing so I probably have more questions than answers, but let’s work through them:

Hell, I don’t know, I am just a blogger with a dream. However, there are similar sorts of setups in the craft beer world where breweries share facilities (Nail & Feral), or share sales resources (wholesalers), so it could work.

How would it be set up?

Like minded individuals would need to come together and set up a company. It would take a lot of trust between stakeholders, as there would need to be some pretty open and honest discussions about their products and where they are at in terms of market share, volume and brand health.

The shared company would need some business development resources to go out into trade and talk to owners about their tap banks and the associated financials. There would obviously be some infrastructure costs to set this up, but I don’t know that the parties need to go to the effort of setting up a shared distribution warehouse at this stage, it’s more about the conversations with the owner at this stage and some kind of administration set up.

How are the costs shared?

Tricky this one, as there will obviously be products at different stages of their life cycle that sell more volume than others, and therefore would need to pay differing levels of rebates, if that was the plan of attack. Perhaps products could be classified into groups…sampling stage, established, and then lead beer? Having breweries at different life stages in the consortium would be a great idea to help spread the load here and give some of the smaller ones a leg up.

If a deal was to be struck, I think there would need to be a regular review of volumes, who is paying what, to make sure that the deal remains fair for all. Cash flow would be a huge one, it’s hard enough for a small brewery to manage their own, let alone adding regular monthly outgoings for something like this, but the long term gain could be significant.

Would it be fair and equitable?

I am going to say yes! It has to be, otherwise no one would want to get involved. It might take some time to tweak the business model, but it would be worth it!

Would it work long term?

This is also a tricky one, as I am sure that any attempt by a consortium to start playing in the big beer playground will be me with some kind of resistance. If big beer wanted to be silly, they could blow any consortium out of the water, but would that be the right thing for the long term viability of their business, eating away at their own margins?

So how will this happen? Well I have just declared myself the CEO and Managing Director of the new consortium, any interested breweries can hit me up on email of Twitter

What would it cost? An example…

It won’t be cheap…we are talking big dollars wrapped up in beer rights deals for some of the larger accounts in the bigger cities, but if it was shared out between say 8 breweries it might work out okay. Let’s put it in perspective with a single venue…that venue commands $0.40 a litre, pouring 250,000 litres a year, over a 3 year contract and puts in a $100,000 system up front.

Now you can see how tricky this can be, and how committed the consortium needs to be…as you add more accounts, those costs increase a lot. Perhaps the consortium only looks to target a few key venues in each city? That way, they could establish the brands in those “lead bars” to a level where they are must stock brands, then let the volume grow organically from the second tier venues?

What do you think? Is it too hard, or could it work? Would love to hear your thoughts.

That’s my take on this industry for this week, and a great industry it is! Look out for my 60 Second Beer Review on Little Creatures Hotchkiss Six Session Stout this Wednesday, or maybe check out my GABS Video from last week.