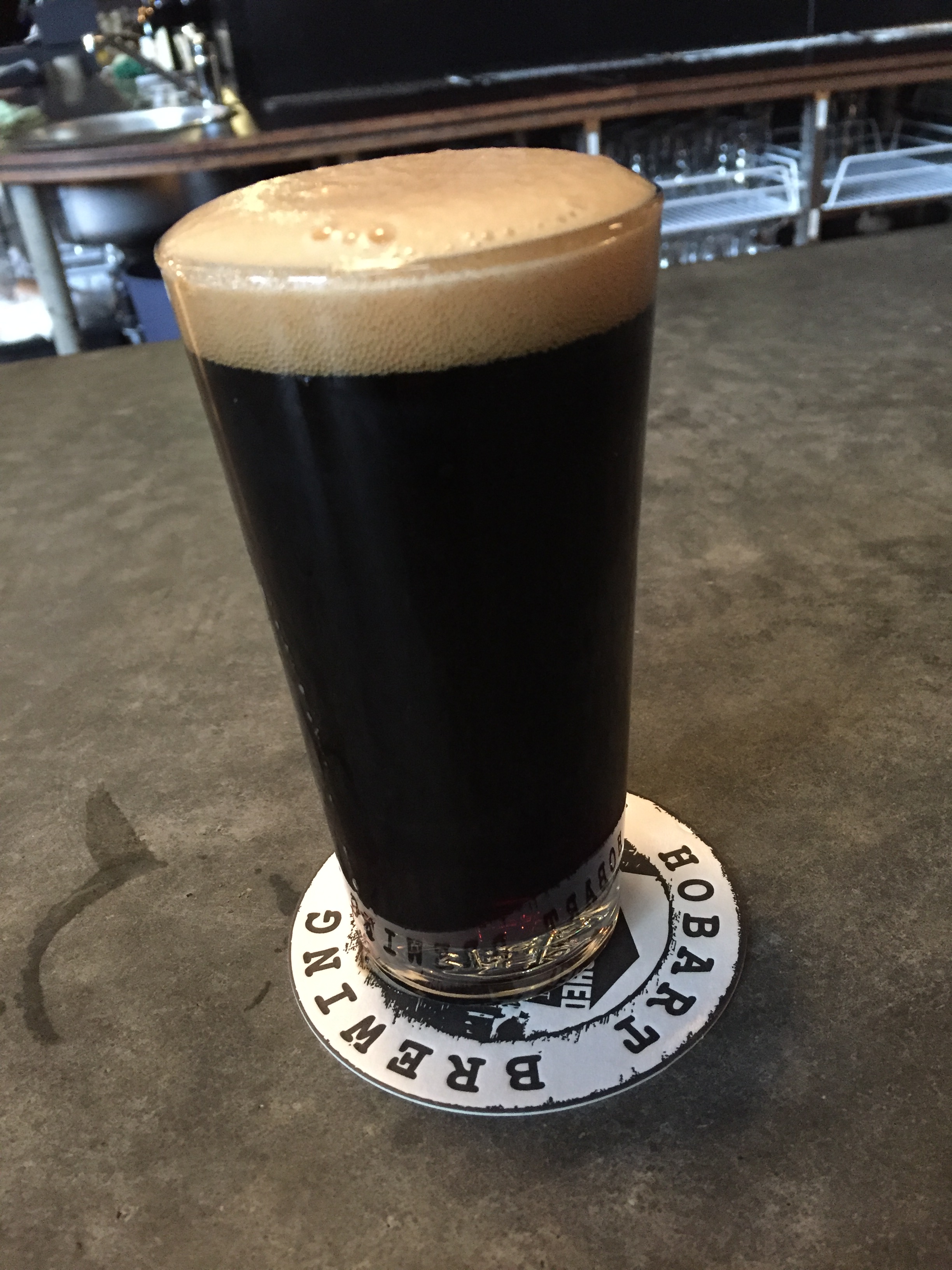 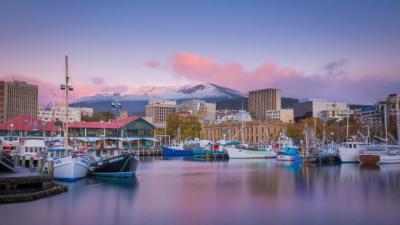 It’s brew night in my house…the wife and kids are away for the evening and I am all ready to brew my favourite Porter recipe. The problem is, I live in Hobart and we are in the middle of a cold snap, its about 3 degrees as I type this…so there is NO CHANCE that I will be heading up to my shed with no heating to brew and beer tonight.

Instead, I sit here on my couch typing this article, and I am thinking about my fellow brewers in this state who brew for a living and put up with these icy conditions for more than just one night.

Note: In saying “fellow brewers” I in am no way so delusional to think that my home brewing abilities are anything close to the guys that do this for a living…with me?

In case you weren’t aware (and lets be honest, if you live outside of Tassie, chances are you aren’t aware), Tassie has a cracking little craft brewery scene going on, and I feel like it’s time I used this soapbox of mine to tell you all about it.

This little state of mine is small (smallest in Australia but If it was its own independent country, it would be ranked the 112th biggest in the world), not overly populated with just over 500k people, but as far as natural beauties go we are certainly over indexing…and we brew great beer!

There is currently 27 registered breweries in this state, ranging from the two largest in Boags and Cascade, to the smaller ones such as Spotty Dog, Shambles and Captian Bligh’s…and everything in between.

So let me tell you a bit about some of the breweries in my home state…
(note: all photos are taken from the breweries Facebook pages)

Will is a very pa ssionate craft beer advocate, and a bloody good brewer too! I harass him all the time with random text messages about crap that a one man brewing, marketing and distribution team doesn’t have time to deal with…but he humours me!

Established in ‘07, Will has been busting his balls for a good 10 years to make great beer and build a thriving craft beer industry in this state. He does a lot of work on behalf of this industry that is helping the small guys have a voice in this state…the hardest working man in the Tassie Craft Brew industry! I did an interview with Klimt & Michael last summer, and since then, these guys have been cooking up some tasty BBQ Brisket and brewing some sensational beers. These guys work with the lads at Last Rites to bring their beers to market, and they are slowly increasing their storage capacity at that facility to produce even more varieties.

I haven’t had anything recently from these guys, well not since Klimt gave me a growler of a very tasty IPA he was working on…but you can’t go past their Summer Pale Ale! I remember the first time I tried one of Willies brews, I was like “what the f##k is this?”. Its was a Raspberry Wheat Beer, I think, and I was still very much an entry level craft beer drinker and had not a clue about what I was drinking. Almost 10 years on and I am much further into my craft beer journey, I can see the error of my ways!

I would love to taste that beer again now, knowing what I now know.

If you get a chance to try Willies Stark Raven Oatmeal Stout this winter, do it! It’s an absolute ripper, but as it is a limited release, you better hurry. 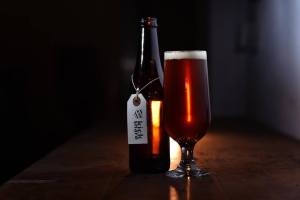 I met Andrew at a small beer festival in Hobart one time, where he introduced me to his interpretation of the classic Aussie Lager, with a modern twist. It was an interesting concept and we chatted about his love of music and brewing as I sipped away. I also tried the 440hz Amber ale that day, which was pretty good too.

My favourite beer from KSB however is the Ella Brown, a delicious American Brown Ale. I must get around to trying their Stompbox IPA soon, and I look forward to seeing what musical inspired names Andrew comes up with for future beers. 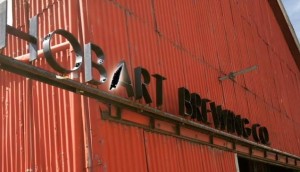 I wrote about Brendan and his new brewery recently, a very cool building in a very cool part of the city serving sensational beer…sounds like a recipe for success in my opinion.

Anyway, instead of rehashing my thoughts, you can check them out here. 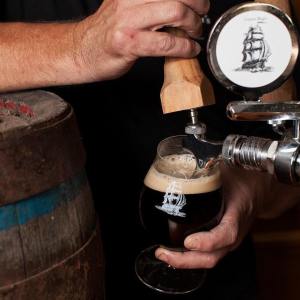 Back when I was still working for the big brewer, I just happened to drop in and see Steve one afternoon to see what he was up to. He invited me in and show me all around his brewery, set up on the site of one of the original breweries in Tasmania, and let me taste his first few brews. It was the lead up to his first appearance at the Taste Festival and he was busily getting prepared for it, but he still tool the time to show me around.

Since then, CB’s has been gaining quite a following for its beer and cider and its regular Friday night intimate drinks at the brewery sessions…check it out, its only short walk from the Hobart CBD. The brewery that I was meant to visit with my mate last week…sorry fellas. Some of the guys behind this brewery were involved with one of the first bars in Hobart to throw themselves behind the craft beer revolution, Preachers. So I guess it made sense to take it to the next level and start a brewery?

Setting themselves up in an industrial precinct just out of Hobart, these guys have a regular Friday night following as they open the doors to the multitude of tradies that work in the area, even creating a lower alcohol beers call the “High Vis Pale Ale” to make sure they all get home safe.

Check out my Youtube Channel this Wednesday to see my 60 Second Beer Review of their America Red Ale, “She’s No Better Midler”. One of the original craft breweries in the state, once under the guidance of visionary brewer Owen Johnston, but now Dave McGill has the reigns and is doing a great job…have you tasted their SMASH Pale Ale in a big boy can, it’s great!

As good as their Pale Ale is, you just can’t go past Moo’s ability to brew a sensational dark beer. If you EVER find one of their limited release stout’s on tap at a pub, do yourself a favour and order a pint…you won’t be disappointed!

So there you have it for this week…I didn’t get a chance to brew that Porter, but hopefully I have given you a bit of an update on what’s going on on the craft beer scene in my local state. If you get the chance, get out and try a beer from one of these guys, or any of the other breweries in our great state, you wont be disappointed. Then, go back again in a few weeks, months, or a year and try them out again!

The thing with these new breweries, they will all get better and better, offer more variety and perfect their recipes to ensure that they are giving their consumer the best beer experience possible. That’s what craft brewing is all about, quality beer that is continually being improved upon as these new brewers upskill themselves and learn more about their trade. It’s a cut throat business these days, even in Tasmania…the days of brewing something half decent and just slapping a Tassie logo on it and expecting it to sell its socks off are long gone…these guys must continue to produce sensational products, otherwise drinkers will revert to old mainstream habits, and none of us want that!

What did you think of my 60 Second Beer Reviews? I release a new one every Wednesday, my latest one is below.

Can you review double head?
I find they are often overlooked cause of there proximity to last rites.
Their dunkel is by far my favorite beer in Hobart

I had a great chat with Ty last summer, when they were just starting out at their first Taste Festival. I remember liking the beer but not much more than that, hence why I didn’t include them in my list…didn’t have enough to say. Happy to do a review at some stage, trying my best to help out the locals!!

[…] was inspired this week to talk up the scene in my local state and wrote Too Cold To Brew – Spare A Thought For Tassie’s Brewers This Winter, and thought I would back it up with this beer review. The beer is from Last Rites Brewery and is […]